Without the commotion of summer and with the promise of the survey season around the corner spring is one of my favourite seasons. Waders such as Lapwing and Redshank are migrating back to Holkham to nest; Spoonbills have been spotted; Pink-Feet have departed for Greenland and the warden team are preparing for the breeding bird survey season to start. But why do we and most other reserves concentrate so much time on monitoring birds? Why not mammals or insects? 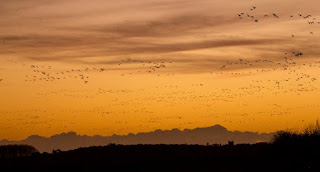 To tell the truth, we don’t. At Holkham, we monitor a range of species such as Natterjack Toad,  Water Vole,  moths and a range of plants. We even have one of the longest running butterfly transects in the country.

However, birds are the relatively easy to monitor. Birds are conspicuous, meaning they are easy to identify and count. Mammals, on the other hand, are elusive and some groups of insects are difficult to identify without specialist knowledge and equipment.  Birds are also a great indicator species that respond to the health of the entire habitat and respond to changes in predictable ways. 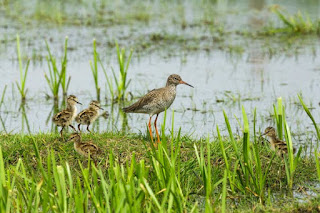 Holkham is an important site for breeding waders.

The link between bird species and their habitats make them key for identifying habitat quality. Waders at Holkham feed on important mud-dwelling invertebrates which depend on a delicate balance of mud, water and nutrients. Should the numbers of birds change it could indicate a shift in the habitat. The biodiversity of bird species can also indicate successful wider conservation efforts. A study of bird and butterfly species showed that the two were correlated which suggested that the number of bird species would also indicate the diversity of butterflies in small patches of habitat1. Another study showed the spices richness of birds correlated with six other taxonomic groups2.This shows that monitoring bird diversity can give a clear indication of overall biodiversity. 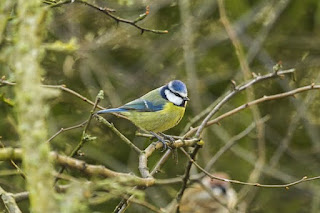 During the summer we map the calls of song birds in the pine woods.

Birds are incredibly useful as indicators for conservation as well as a familiar, fascinating and colourful creature.