March started with a real bang! While working on the front of the dunes a Long-eared Owl flew from the edge of the Pinewoods. The good luck continued with sightings of Pallid Harrier over the reserve and the Holkham area. 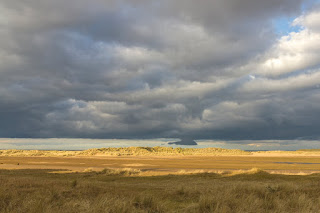 The reserve in all its glory

With the heavy rain, the wildfowl gravitated up the scrapes with 10,756 Wigeon enjoying the shallows along with 349 Teal, 208 Mallard, 270 Shoveler and 297 Gadwall. The Tufted Duck and Goldeneye preferred the ditches. Only 600 Pinkfeet were counted the majority already migrating north to their nesting grounds in Iceland and Greenland.

Waders such as Dunlin, Lapwing, Snipe, Curlew, Redshank, Golden Plover and the first Avocets have been coming and going. While there have been no sightings of Bitterns I heard their first growls along with plenty of squealing Water Rails. 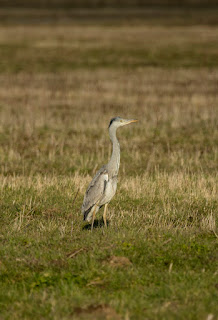 Herons have been seen returning back to the Heronry

Birds of prey have been magnificent. 13 Marsh Harriers gathered on the reserve as well as Buzzard, Peregrine, Kestrel and Red Kites. The Norton Barn Owl is still a regular sight in the early mornings. 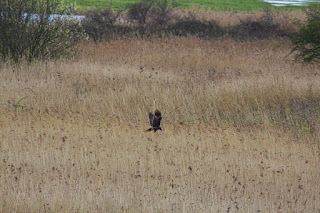 A Marsh Harrier checking out a possible nesting site.

Smaller birds have included Water Pipit, White Wagtail, Reed Bunting were seen as well as my first Treecreeper on the edge of the Pinewoods.

Our first invertebrates have been seen on the reserve with a surprise Buff-tailed and Early Bumble Bee flying past and a Small Tortoiseshell and Comma making an appearance. 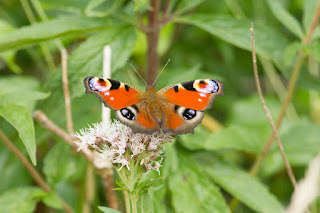 There have also been a few fresh Peacock Butterfly about.

To top things off 3 Cranes were seen flying over the reserve on two consecutive weekends.

PS While writing this a little Field Vole made an appearance, creeping through the open door and hiding behind my wellies!
Newer Post Older Post Home