With the New Year came 2017’s first storm. East Anglia was hit worst of all. The high winds and high tides created a storm surge which battered the coastline. While Holkham got off lightly what the receding waters left on the coastline was a startling wake up call. 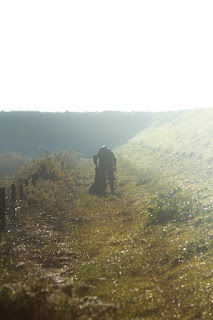 Tonnes of litter were washed in on the big tides. The Holkham wardens with our group of dedicated volunteers spent a week removing everything from 2 messages-in-a-bottle, a (full) portable toilet, 5 boats, two thirds of a beach hut and even a bra from almost 6km of Warham Marsh and Overy flood bank. While these odd discoveries have made us laugh it has also been a sobering reminder the amount of rubbish our seas contain. 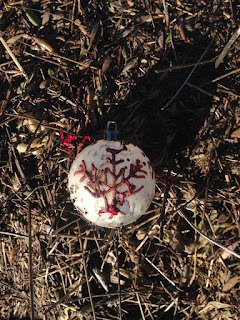 It is easy to look out over the endless blue and see a landscape untouched and untouchable by human hands. But as the storm surge has shown it is for far from the truth. In fact, it would be fairer to say that we are drowning in plastics. Plastics are hard to avoid from the computer keyboards I’m typing on, the box my lunch is stored into the hundreds of plastic bottles sat in our bins waiting for disposal. We use these materials because of their colourful, durable and resistant qualities. So when we dispose of these items, they remain in our environment as colourful, durable and resistant materials.

Where does this litter end up?
The accumulation of man made plastics in our seas is at a point where they are creating a serious problem for wildlife and their habitats, as well as for the human population. Here are two broad categories of plastic litter: fishing-related gear such as line, netting and buoys; and consumer items including plastic bottles, food packs and balloons. 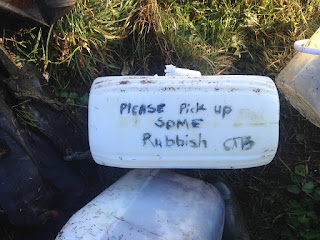 To put the problem is perspective just 5% of plastics are recycled, 40% go to landfill and a third enter the seas. That is 8 million tonnes of plastic ending up in the oceans each year. That is one of those statistics that is so large is meaningless! So for a better understanding, according to the Ellen MacArther Foundation by 2050, the amount of plastics in our oceans will outweigh the fish left in our seas1. You can see the obvious results of this staggering fact left on Holkham beach. 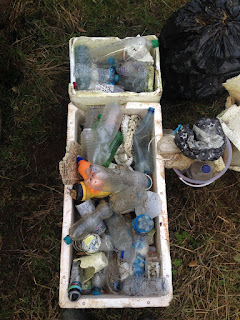 Plastic debris has been found in all marine environments from the coastline to the open sea, from the surface to the deepest sea floor. Even when it is stored in ‘secure’ landfills, plastics leach toxic chemicals into groundwater which flow into rivers then lakes, and finally the ocean.

Impact
Marine animals are vulnerable to harm from plastics either through ingestion, contamination and entanglement.

Fishing gear, balloons and angling line are common finds on any beach walk but pose a shocking danger for the largest marine mammals such as whales and the UK’s largest carnivore, seals. UNESCO estimate100,000 marine mammals die annually from ingestion and entanglement in marine litter even here on the Norfolk coasts2.

The grizzly remains of dead animals are a common sight on any coastal walk but paying close attention to the dead birds can reveal bottle caps, plastic pieces and plastic wrapping spilling from their stomachs. Attached by the bright colours and mistaking them for prey ‘true’ seabirds suffer the most from the ingestion of plastics. Research into the ingestion of plastics by Laysan Albatrosses showed they have suffered terrible population decline because of this3. Closer to home, Fulmars such as the ones nesting at Hunstanton, are also facing a similar decline4.

The understanding of contamination in the oceans is still limited and very complicated. However, it is understood that the degrading plastics release toxic chemicals that concentrate in species such as fish. These can interfere with the reproductive system of the animals reducing their population. Unavoidably further down the food chain, these chemicals end up in humans like you and me.

The seas help balance our climate and release the oxygen we breathe. It is clear that the sea is a key part of life on earth but at the moment we are all drowning in plastics whether we realise it or not.

So next time you are walking on the coast and enjoying the sea remember that what may appear to be thriving wildlife living in an eternal landscape is actually fragile and fleeting and we all need to do our bit to preserve it or it could very easily be lost forever. 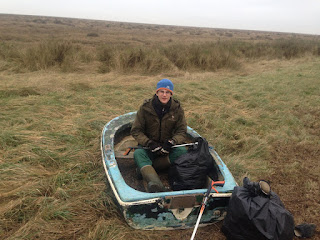 What can you do?
After reading such a preachy and depressing blog you are probably thinking ‘what can I do to help such as bleak and sad crises’. Well, there is a lot! When lots of people change their behaviour a small amount it can have a huge effect. A great example of this is the plastic bag charge which quickly and effectively reduced littering dramatically.

Yes, I understand that when you look around its hard to see anything that’s not wrapped in plastic! The first step to reducing plastic pollution is to simply cut down.  These 6 easy steps can help to reduce the amount of plastic you throw away every year:

The best way to make a difference to nature is to volunteer. Holkham runs volunteer days during the winter starting in September and ending in March Please see http://www.holkham.co.uk/events/whats-on