Blimey! It’s been a sizzling June! With recent temperatures soring over 30oC it’s been a lovely time to be on the reserve.

The month started with a boom, a Bitten boom that is! Repeated sightings have led to rumours of a breeding pair however our observations thus far have been inconclusive.

It has been a good  year for small birds. The lovely Bearded Tits at Overy have successfully reared at least 13 broods, a great success considering the size of the reedbed! The biggest surprise to me however was finding a Pied Wagtail nest in the woodpile in the work yard. Despite the odds the diligent parents raised 3 out of the 6 chicks (I watched the 2 become Barn Owl food!). 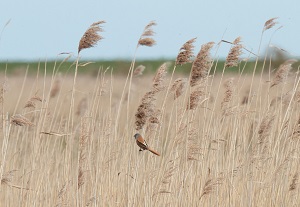 Bearded Tits are funny looking birds! The males
have black 'moustaches' and they are very noisy

The Kingfisher has been darting up and down in front of Washington Hide from the pool to the dyke. The Crossbills have been very lively in the pine woods and a number of out-of-season Siskins continue to pass through the reserve. Sea birds were making quite a show as well this month with both Max Shearwaters and Gannets passing through. 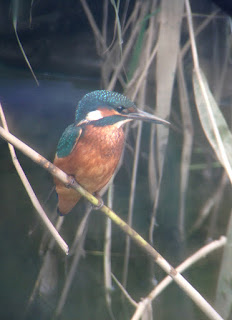 Kingfishers fly quick and low over slow
moving water and hunt fish from
riverside perches such as reeds.
Occasionally they even hover over
the water's surface.

Rare sightings this month.
The most exciting rarity this month was a Woodchat Shrike. We found it while conducting a lapwing count at the start of the month. The Shrike was observed making a larder in a nearby blackthorn bush but moved on soon after. 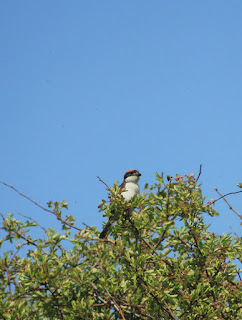 The prey caught by the Woodchat Shrike
was taken to a larder where it was impaled
on a thorn or wedged in a fork and saved
for later.
A personal highlight for me this month was the Turtle Dove, an increasingly rare sight. This was my first sighting of this very distinctive bird.  Although protected in Britain they are aggressively shot in Malta during migration. Turtle Doves have declined more than 90% between 1997 and 2010 and are now a red listed bird facing the threat of extinction.

The hot sunny weather brought an explosion of invertebrates with large numbers of moths, butterflies and dragonflies. We had one of our most productive trapping days yet. Here are some of the highlights: 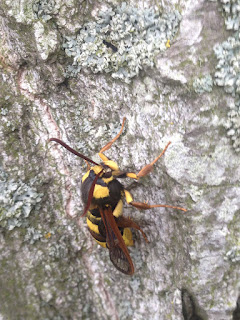 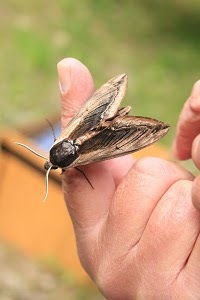 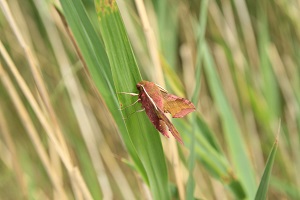 Butterflies have been adding lots of colour to the day, but they are best seen in the mornings. The highlights are: 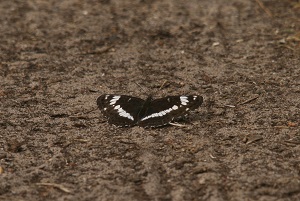 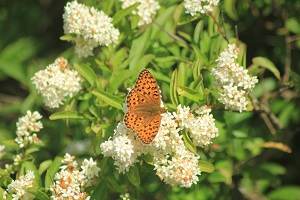 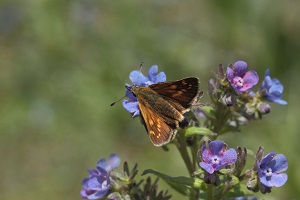 Fingers crossed this lovely weather continues and you can come and see the reserve in full bloom!